Nursing was all I ever wanted to do so joined the St Johns ambulance brigade when I was ten and the rest is history as they say. I am also a Reflexologist and have been practicing for over 30 years – I still do this as I love it so much, especially my work with couples during pregnancy.

I was widowed in my 20’s when my second son was only 16 months old; my husband died in a car accident. I remarried a few years later and had another two sons.

As with most people, life before Forever was busy, busy. With four sons and my husband and I both working full time, there was not enough time for family. Working as a nurse I never finished on time and didn’t get paid for going in early and finishing late. By then I had also built up 79 Reflexology clients a month on top of those hours, but despite this we never had enough money to do what we wanted as a family. Then, in 1998 I was diagnosed with breast cancer, and everything changed. After a year of treatment, I was very unwell so had to take ill health retirement.

The specialist nurse I was under the care of at that time asked me to help set up a breast cancer support group at Mount Vernon Hospital, which I still chair today. I had a great, supportive family but felt I could help others. One day we had a speaker talking about aloe vera products and she said I should be drinking aloe vera gel. I thought, but did not say, ‘stupid woman’ as I would know if there was anything to help me.

I only tried Forever’s products as they had a 60-day money back guarantee because I knew ‘they would not work!’ I felt if I didn’t at least try them, I would spend the rest of my life wondering if they would have worked. To my amazement, I felt benefits quickly, so I joined Forever Living to buy the products. People I had worked with said I looked better than ever and asked what I was doing as I had taken ill health retirement.

I call myself an ‘accidental businesswoman.’ When I joined Forever, I had not even looked at the business as that was never my plan. I have never worked long hours on it except for the times when I needed to. But I love being with people and helping them, and I realised I could help people with the products and with the business opportunity so that gave me a buzz and gave me energy to keep going.

Initially, I just wanted enough money to enjoy a few holidays, but I then realised I had a big dream; I wouldn’t call it a goal as I felt it was unachievable. I was swimming to get my arm back in use after surgery and I dreamt of having my own swimming pool. I kept hearing people talk about setting goals, which was not my thing, but I wrote ‘I want a swimming pool to save me travelling to get a decent pool’ in my dream book. I felt it was a pipe dream as I had no money and no big house.

I came across an advert in a paper for an endless pool. I only ever saw that advert once, but I rang up the company and opened a pool account. It was still a pipe dream, but I started saving and looking for ways to fund it.

My pool was installed in 2007. My husband, John, thought I was mad when I asked our Area Leaders to come and open it for me - he asked if I thought I was the queen!  It was very special to me. On a lovely, sunny October day that year, more than 20 people arrived and the ribbon was cut. Everyone was dressed like royalty and took it so seriously. I was dressed ready to swim!

I call it my Forever pool and swim most mornings. My young grandchildren now enjoy it with me, and that brings me great joy. Many people say I am lucky so I explain it was not luck but hard work and persistence which anyone can do, but most are not willing. I looked back in my dream book and saw I had written three-five years - I had achieved it in four and a half years! I truly believe I would not have this pool if I hadn’t have written it down in that book.

I am also amazed at the skills I have gained through running my business. Before Forever, I could not use a computer and only had a phone to make the odd call! Now, at 76, I am pretty good at the techie stuff, and I pay for help when I need to learn something new. I have also developed the ability to talk to anyone, anywhere. I do lots of networking and have gone from sitting in the corner, listening to chairing meetings and even speaking on stage!

My mum was the most influential person in my life. She was widowed with four children when I was five years old and there were no benefits back then, so it was really hard. She gave us a good life even with little money. She taught us that if we wanted something we should go out and work for it; nothing would just be handed to us - I have kept this with me all my life. My proudest moment was when, in her nineties she came to a Success Day to watch us on stage. I wanted her to come and understand why I was doing this and why it made me so happy. Two of my four sons were also there. She really enjoyed the event and said after, ‘I can see why you are so happy doing this.’  That was all I needed.

People ask me if I am bored now, I am retired. My reply is, ‘Do I look bored?!’ Forever has given me choices and the money to carry out those choices. I have balance now, I decide if I look after the grandchildren, work or just chill. Of course, I can be busy with my team but not all the time. I am excited as I know I don’t have to dread sitting in a chair and drifting into old age. I can dance my way there with loads of friends around me! 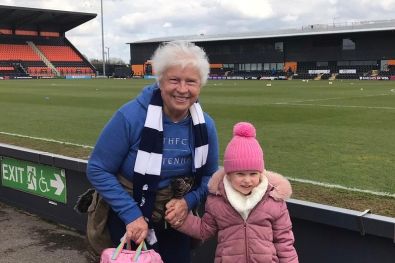 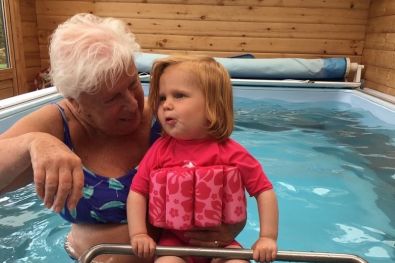