My life seems too good to be true

The growth of Emma and Shaun's business has been a bit of a whirlwind to say the least. Having only joined us in December 2013, the couple have now hit Sapphire Manager level – a phenomenal achievement in less than 18 months.

For many FBOs, Forever offers a chance to exchange the stress of their current job for something more flexible and rewarding. And for Emma and Shaun, this was most definitely the case. Emma had been working as a police officer in the drug squad of Greater Manchester Police when she found Forever. Her husband Shaun, whom she met through work, was also a police officer on the tactical aid unit. Before joining the police, Emma had suffered badly with anxiety and bouts of depression. Being accepted into the force was a huge achievement and made her happy – most of the time. “I was alright for a little bit,” she explains, “but then I got assaulted quite badly a couple of times and when two female officers were shot and killed on duty in September 2012, it really hit me hard. They weren’t friends of mine, but they worked on the next division. They were just two girls who went to work one day but didn’t go home to their families. It really hit home then what kind of job I was in.” Emma began to question what she could do long term, but felt that there was no real way out of her job in the police as she had few qualifications to speak of. It was while 30 weeks pregnant with her son William that Emma was approached about Forever’s business opportunity. “I had been offered the opportunity four years before, but it wasn’t the right time,” she recalls. But the prospect of raising a family while she and Shaun were still risking their lives in the police completely changed her perspective and she decided to sign up. And Emma’s police-honed instincts meant that she didn’t take the decision lightly. “I researched the heck out of the company first because I was very sceptical as a police officer – and it still seemed too good to be true. But do you know what? My life now seems too good to be true. So I’m glad I was open minded enough to just take a look,” she says.

Shaun was also naturally cautious when his pregnant wife told him she’d found a way for them to retire from their careers in the police force. “She went on to tell me about Forever and the concept of network marketing and she talked me through the Marketing Plan – which pretty much went straight over my head,” he laughs. “But being a police officer, I didn’t really trust anything until I saw it actually work.” Four months in, Emma was earning four times her monthly police wage and by nine months was able to resign from the police altogether, with Shaun following shortly after. Today, the pride Shaun has in Emma’s achievements is palpable as they both look ahead to a bright future with their family. “The day we became Forever Business Owners has got to go down as one of the best days of our lives,” says Shaun. “It’s allowed us to create an amazing life for William and made us both realise that absolutely anything is possible.”

Building belief Despite her rapid success, Emma’s self-confidence issues were still a challenge in the beginning. But with the help of mind-set coach, Dave O’Connor, she was able to push past those barriers – and believes his advice has had a huge part to play in the growth of her business. “This guy has been a big secret to my success, because he’s helped me find the confidence and belief,” she says. Reaching Sapphire Manager level has helped cement this belief further, showing Emma and Shaun just how boundless Forever is. “When I went Sapphire I thought that it wouldn’t make much difference, but clearly I didn’t work out the percentages very well,” says Emma. “When we checked the bonus re-cap, we discovered it was a £10,500 pay rise from the previous month, which means that I earned more with Forever that month than my entire police starting salary – which is just insane, isn’t it?”

In the beginning, Emma’s success seemed so insane – even to close friends and family – that she had to show her bank account to her sister Nicola to convince her that the business really could deliver what it promised. “My first thought was that it was a fad and a short-term thing,” explains Nicola, who is now a Manager with Forever. “So I watched for four months. Then Em showed me her bank account and her Forever wage next to her police wage was four times the amount.” Needless to say, she and her husband, Darryl, signed up to Forever shortly after.

A different type of business Nicola is no stranger to running her own business as she already has her own online toy company, Bonnie and Pearl. She launched the company in the traditional way, which required a large cash investment and involved working upwards of 50 hours per week. Her experience with Forever has been very different – although not without its challenges, especially with two children to think about. But now she’s hit that all-important Manager milestone, she is beginning to reap the rewards. “We have paid off all of our debts and our Earned Incentive has been used for our son, Joshua’s, university savings pot. We’ve moved to a new home and have been able to enjoy eating out, plus we have a ski trip booked for January with no expenses spared,” says Nicola.

Being able to work alongside family members is another great benefit of Forever’s business model and Nicola has enjoyed having the support of Emma and Shaun, and her younger brother Kyle, who has also reached Manager. “We work together as a team and often have our FaceTime on for hours” she says, “so we feel like were in the same room.” Her brother Kyle, a graphic designer who was working six days a week when he joined Forever, agrees: “I am always on the phone to Emma sharing our success stories and she gives me the best advice,” he says. “My team also speak with her directly too, which is very helpful.” It goes without saying that both Kyle and Nicola have no regrets about taking the leap and joining Emma’s team – and would advise anyone who is in two minds about signing up to simply go for it. “Life is so short,” says Nicola, “£199.75 to start a business is incredible – my doll company has cost £250,000 to set up and I have already exceeded my director’s wage with Forever.” Kyle wishes that he’d seen the potential sooner, “It has taken me over a year to start doing it myself and now I regret not having done it straight away,” he says. “I’m so grateful to Emma for introducing me to the business. To say it’s changing my life would be an understatement; I have now resigned from my full-time job as a graphic designer, I’m my own boss and work from home, or wherever I want, which is a luxury I never thought I would have. Financially I can now save for a house in London and it has given me the freedom to book lots of holidays as I love to travel.”

Emma, Nicola and Kyle’s mother, Michelle, also joined the business and reached Manager in just four months, but has had to retire due to poor health. “When I started Forever mum was the one who was super supportive, finding me customers and even team members by just being her bubbly self and telling people how proud she was of me,” says Emma. “So I suggested she join so she would earn just a little bit of pocket money looking after a handful of customers. She refused initially, her argument being that she didn't need the money, she just wanted to help me. But after coming to a few events she loved the atmosphere she and decided to give it a go.”

If the past 18 months are anything to go by, this family has an exciting future to look forward to. And with Kyle and Nicola now at Manager level, they have all of Forever’s incentives in their sights. “The incentives are phenomenal and give you laser-like focus,” says Nicola. “My main goal this year is to help as many people to achieve Eagle Manager by December. We are one big family with great team spirit and to celebrate together in Greece will be incredible.” 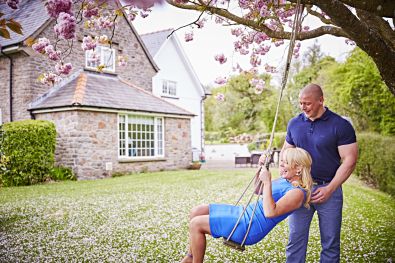 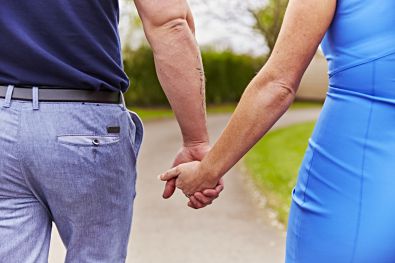 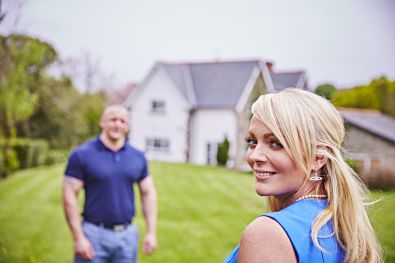 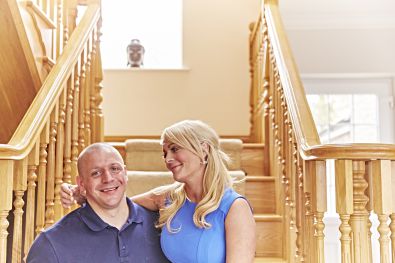